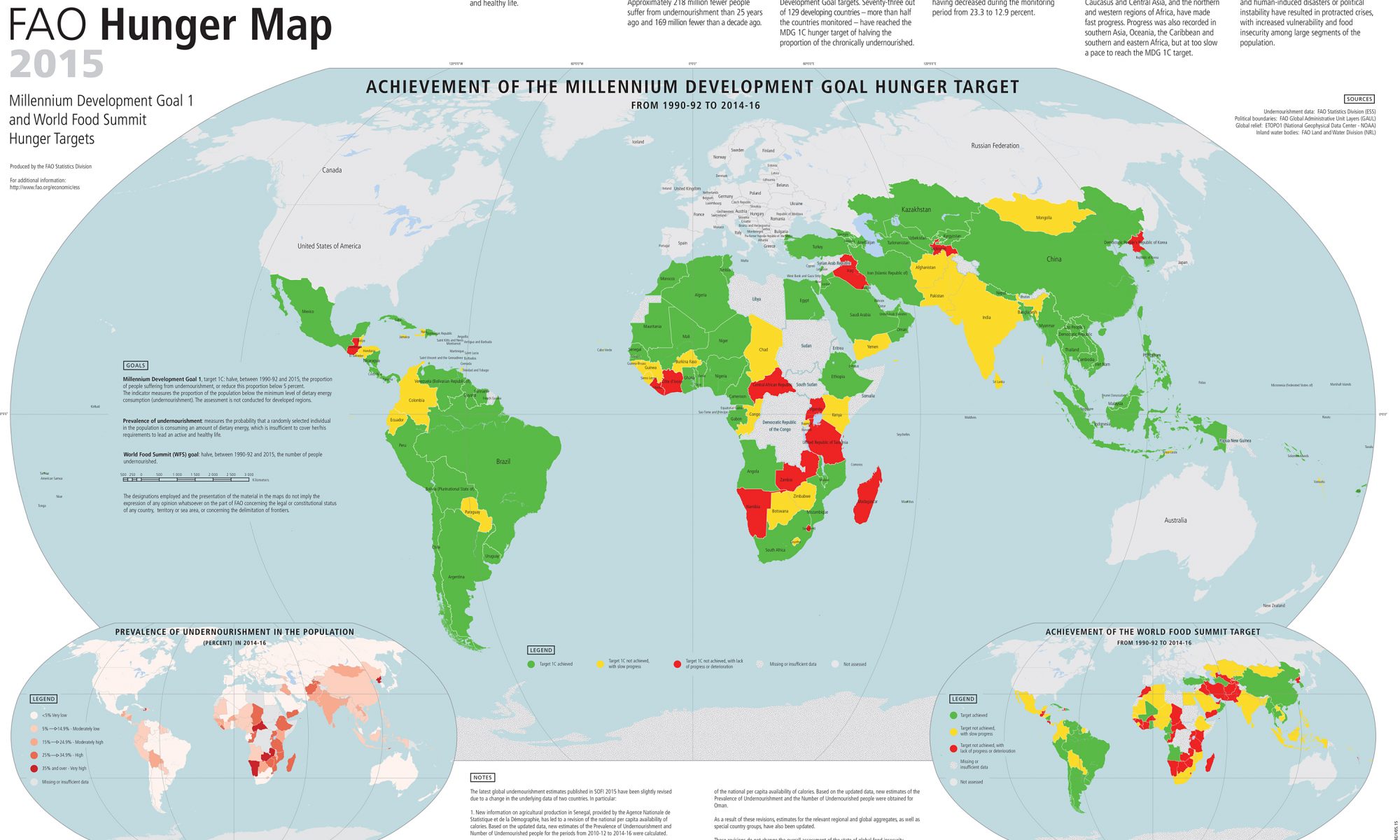 Will there be enough food, in a world without agrochemicals?

„We feed the world“

is one of the standard statements the global agro-chemical industry leaders use.

With that sentence they praise the yield increases pro hectar observed since WWII. This helped eliminate famine not only in the rich but in all political stable countries. That is a result of new technologies succesfully brought to the market by these companies. 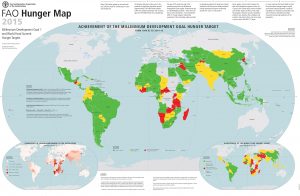 Knowing that most farmers are rather conservative, it is a real big achievement to see the change in behaviour take place so fast and get new technologies applied so rapidly on such a large scale.

Okay, a correction is needed, this is not solely the achievement of these companies, mostly these were actively promoted, subsidised or legally stimulated by the local governments in various forms: be it a central seed purchase from state bodies as in India, or more indirectly as an investment framework in the Commen Agriculture Policy and regulation framework as part of the Acquis Communautaire of the European Union. 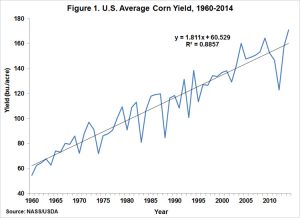 Big improvements came with the implementation of efficient irrigation systems. For purpose of the article I’d like to focus on what was the core business of the big companies the last few decades: seeds and chemicals.

The technology jumps can roughly be split in 3 groups:

The current low cost R&D setting combined with an oligopolistic market of a few very big thus slow moving corporations is an ideal fertile soil for start-ups to flourish and develop technologies that will disrupt the seed industry. Intrestingly in Europe the hurdles set by the policy makers and EU court, are so high that they prevent the market introduction and as such de facto protect the oligopoly. (a nice reference article thereto in German you find in FAZ) 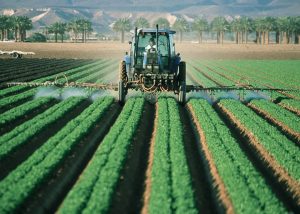 Key molecules have been discovered since the developement chemistry as a science. Some of these effectively killed or inhibited the proliferation of damaging insects, unwanted plants and controlled Fungal and bacterial diseases and viruses. In absence of Crispr/Cas the R&D costs for new chemical substances increased significantly, also due to the more cautious legal frameworks. This makes introducing new products a lot harder, time and resource consuming.

As the costs for bringing new idea’s to the market for chemicals is so high, they cannot bypass the agrochemical oligopoly of the big 3. For these 3 investing in fundamental research is not attractive.  The short term return on investment of introducing a new mix with an existing products is faster and securer.

Besides the significant yield increases, a key benefit the agrochemical products bring is often forgotten. They enabled an unseen improvement in quality and standardisation of the food. 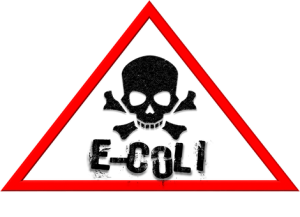 In many european countries the knowledge and popular awareness of risk of food poisoning by natural poisons like mycotoxins is completely lost.

One of the biggest impacts besides irrigation, is an effective soil management. Adding fertilizers does signicantly increase plant biomass, ergo capacity for photosynthesis and thus yields. The industrial exploration of artifical fertilizers and their production made them cheaper, more specific and more effective. 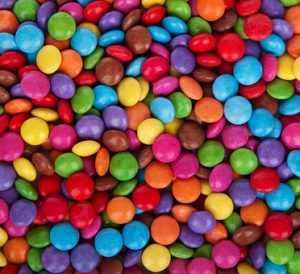 The seed care technology primes the seed and adds treatment on it like the sweetcompanies add color on the chocolates. Different technologies are available for seeds. Per example adding growth simulators like hormones or other chemicals, can drive up early plant growth significantly. These seeds also do well on soils that are less intensively tilled.

The seedcare technology can enable a reduction of invasive and destructive soil management praxis. This reduces the energy needed by tractors plowing fields and enables to rebuild organic mass in the soil. Rebuilding organic mass in the soil, as the 2018 Paris Climate summit concluded, is one of the most effective greenhouse gas absorbing measures.

The oligopoly of the agrochemical corporations as a political risk

Over the past few decades there have been several consolidation rounds taking place in the global industry, leading to an oligopoly of only 3 very large corporations that control the supply of the worlds agricultural input (Chemchina, Corteva Agriscience and Bayer).

De facto the oligopoly controls the inputs and maybe more important the information on these inputs for the food supply chains. As such they can be in a position to put pressure on governments and pretend there is no alternative to their existing chemical or biotechnology solutions. More recently this will be done via social and print media and lobby campaigns via the local farmer organisations. These than de facto become the voice for the big corporations, and not for the individual small farmers. These small farmers are typically the majority of their members. 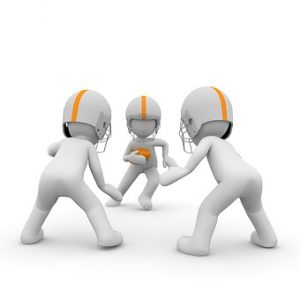 As there was a lack of counterbalance NGO’s jumped into that. The effective emotional, though scientifically questionnble opinion making methods and campaigns they use, often lead to wrong but symbolic highly valued decisions. Banning new technologies or chemicals, they often increase the hurdles for new competitors and technologies to come in. De facto thus they further increase the power of the oligopoly. The industry leaders and associations representing the oligopoly naturally also will strive to increase the hurdles as this will prevent competitors with new technologies, or with a lower cost to come on the market. As such government is heckled by both virtually contradicting postions, that do force the decision makers to strengthen the oligopoly further with bad decisions. The cost of these decisions is carried by the society.

The primary goal of a company is to make money. A consolidation of power in the market is a risk for society. Especially for something politically as critical as food supply, there should be a permanent concern for governments over this. The best way to balance the power is strong competitive law scheme and permanent control by the government. Also internally the companies have an ethical duty to implement empowered compliance teams. It is too tempting for an individual to locally abuse the power situation to get the short term profit and make the easy deal.  It requires strong governments and compliance teams to prevent that. 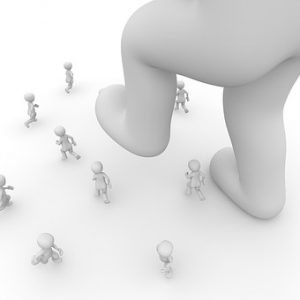 As observed in other domains, in the strong position they are, the oligopoly members can buy small companies and suppres new technologies that might disrupt their power position. Also if a technology is less profitable for them, but beneficial for society, it will logically get killed.

Do we have alternatives?

In Seed Breeding this as a pledge to reduce hurdles and costs for applying new technology, so startups can effectively disrupt the oligopoly.

Now regarding the plant and seed protection chemicals.

Bacteria like Bacillus Thuringiensis are effective against certain damaging insects.

Fungus as trichoderma do build a strong symbiotic community with seedlings. They enhance their growth though the mycelial root interactions. The soil incubated fungus surpresses fungal soil diseases as it is an effective and dominant soil competitor for the same resources. Fundametal research of the University of Barcelona discovered strains that eliminate bacteria and attack certain insects. (link2) As such this fungus can fight thus most common fusarium, botrytis, sclerotinia and it thus increases also yield and product quality. if enough fundamental research is done, surely for more issues, similarly a biological alternative could be discovered.

So back to the leading question:

Effective? ” Yes, there are biological alternatives that do enhance growth of seedlings and do protect plants.”

The application can be done

The first comes with intensive extra work for the grower. The extra labor and machinery cost linked to that and extra carbon emissions from the diesel driven engines. The classical gene modification comes normally with a yield drag and is for various reasons, like the ones described earlier, in many countries forbidden. The last few decades the benefits of a global economy brought many opportunities for the global agrochemical companies. They could reduce the costs sgnificantly by outsourcing the production and part of the supply chain. Driven by an agressive cost battle and helped with lower social and environmental limitations,  mostly Chinese companies could provide such a cost benefit. Now after 2 decades the country has gained a quasy „production“ monopoly on many chemicals or key components needed for the production of Agrochemicals. Even if the molucule ownership is not in chinese hands or a public good,, by sheer capacity they dominate the market.

Since 2016 more nationalistic governments challenge the basics of globalization. In what seems economical irrational political behavior they are leading us into new tradewars. Besides that the local pressure for more environmental protection in China, and the higher risk of political instability following the economic slow down and pending financial crisis to come in China, overnight these supply chains might get blocked.  Within months, latest 1 year, plant protection products will not be available “en masse” anylonger, and the potential substituting production capacity elsewhere is not available anymore.  Missing the plant protection with current agronomic praxis will directly lead to lower yields and thus impact our food supply chain.

Adding the more and more restrictive legal framework, banning bio-technologies like applying Crispr Cas9 in field crops, banning several chemicals and restricting the application of other chemicals, how can we sustainably secure Europe’s food supply?

Biological plant protection products are an alternative both for developing countries and the EU.

The production of the biological alternatives based on fungus or bacteria is very low tech: all you need is

As such it is much less capital intensive and faster to build to production than a chemical plant. The biologicals can virtually be produced anywhere. Given this low cost technology, there is thus a massive opportunity for both developed as well as developing countries in exploiting these technologies for their crops an boosting productivity ahead of the Agrochemical oligopoly.

So how can new technology in biotech and biologicals can reduce societal risk and disrupt the global agrochemical Oligopoly?

In Austria, lead chemical company KWIZA agro GmbH established in January 2018 the Newtech Business Unit, which has as goal to develop, produce and sell biological alternatives for application in agriculture.

With a growing market of organic farming on one side and a more and more restrictive legal framework in Europe and elsewhere, there is already now a significant demand increase taking place in the EU.

As the BU Newtech is rapidly going through the phases of an exponentially growing startup, the pain in the supply chain, as consequence of rushing the process, came in terms of increased quality risks and product losses,  more sold out situations, and missed upside opportunities.

The KWIZDA Agro and new Tech team then asked Gr.-Enz&Los GmbH for our combined knowhow in supply chain, agriculture & startups to review the current issues and assess what is needed for covering the growth plans. Besides the tyical startup scale-up issue that can be managed by implementing effective process focus and discipline, we were really happy to suggest a significant and low cost supply chain redesign.

How would you, as a P&L responsible, feel when you can multiply your production capacity whilst keeping the agility of a startup (less than 2 weeks after the sales signal a new batch is produced and delivered to the market).

It is even nicer as all this comes at nearly no need for capital investment or additional inventory.

That is, what we at Gr.-Enz&Los GmbH really like to do 🙂

Thanks to the Kwizda Agro New Tech team for letting us join the inspiring project. I am looking forward to support the next steps in the development and implementation.